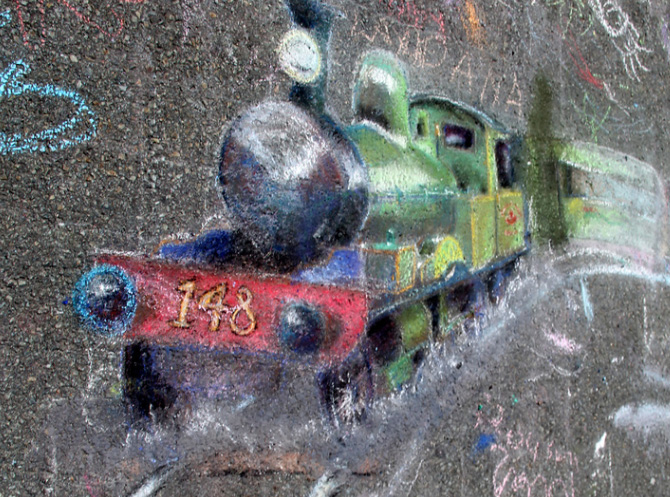 During the Be A Tourist In Your Town event this weekend, Lunenburg School of the Arts is opening the doors and invites kids of all ages to participate in creating chalk art with LSA’s instructor and chalker, Jason Skinner from 12noon – 4pm on the sidewalks surrounding the School.

About Jason Skinner
Jason Skinner is a Halifax based artist and illustrator working in collage, print and mixed media. He graduated from Sheridan College’s Illustration program in 2008, followed by a degree from the Nova Scotia College of Art and Design in 2011. His work has appeared in a variety of trade and commercial publications such as, THIS magazine, Applied Arts magazine, RPANO Journal and the Chronicle Herald. In the summer, Jason often applies his skills to the pavement, engaging public walkways and audiences by creating murals in chalk. His had produced murals for such clients as the Town of Truro, Tennis Canada, Pier 21 Museum, yTV and the Prismatic Arts Festival. As one of three Community Artists in Residence in the Town of Lunenburg from September 2011 to August 2012, Jason was asked at various points to be a judge, mentor, teacher, consultant and co-designer of a community based social enterprise. Jason will be teaching this summer at LSA as part of our Kids Week, July 25th – 29th.